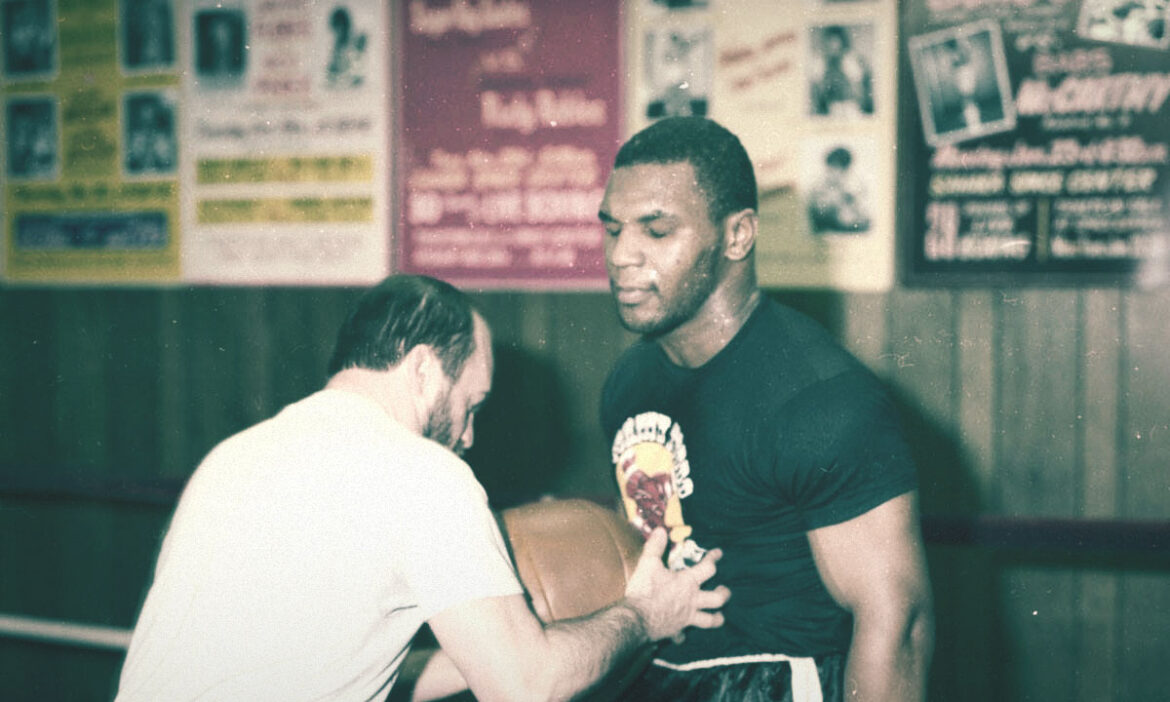 It’s always a pleasure to listen to Kevin Rooney talk about his old charge Mike Tyson, who in his prime years in the 1980′s, was the most exciting, destructive heavyweight force in boxing history. Check this out…

BoxingInsider: When was Mike at his prime best?

Kevin Rooney: ”When he beat Michael Spinks. He just wiped him out. Before that he beat Tony Tucker and Tyrell Biggs, the main fighters back then. He wiped out Tony Tucker – he won a 12 round decision, I mean, he kicked his ass. Then he knocked out Tyrell Biggs. He knocked out Larry Holmes. Then he fought Tony Tubbs in Japan – he starched him in two rounds. Then he knocked out Michael Spinks in 90 seconds. 90 seconds. It wasn’t a joke. I mean, he knocked him out. So I think that fighter, in my opinion, could have and should have probably beaten anybody that was in his path. Anybody including Rocky Marciano and Muhammad Ali. Well, I’ll give Muhammad Ali and Rocky – well it could have been different, I mean, Rocky punched like hell. Muhammad punched like hell. Rocky had beat everyone. Muhammad had heart and was hard to hit. The fights would have been interesting. But I believe that Mike would have come out the better. Because he punched very hard [laughs]. Mike…I believe that Mike is one of the hardest punchers in history. He punches harder than Rocky. Punches harder than Joe Louis. Punches harder than George Foreman.”

Kevin Rooney: ”I don’t remember the guy’s name. I believe he was being paid $400 a week. This was in the early 80′s. The guy gets into the ring [laughs]. Bell rings, Mike comes out, bop, bop, bop. Mike throws combinations. He put his hands up, like, Hold it. He steps out of the ring over the top rope – he was big, like 6-4, 6-5 – and walks out of the front door. Didn’t look for his pay, just gone. We’re all like, what’s happening?! He wanted nothing to do with Mike. He just left. It was funny. Cus (D’Amato), Bill (Cayton), Jim (Jacobs) and Steve (Lott) would bring in a lot of fighters, just do one round. James Broad was a tough guy. There was a guy who would stay in there and give Mike the work, but then took a beating. I mean, every day they took a beating every day. That’s the way Mike was. He was strong, determined, and he wanted to hurt you.”

BoxingInsider: When do you believe Ali was at his prime and what would your strategy be for Mike vs. Ali?

Kevin Rooney: ”1966, 67, 68, in that time frame. After he beat Liston he just started annihilating guys that were going for the title. Knockin’ people out cold in tough fights, guys that weren’t pushovers. Muhammad dominated. The Muhammad Ali in 1966-67 and Mike Tyson in 1986-87-88-89 – that would have been an incredible fight. I think Mike would have won. He punched harder than Muhammad. But at that point, Muhammad would have had just a little bit more experience. Mike punched hard. Mike really, really punched hard. You’re talking about a kid, 20, 21, 22, against Ali who was 23, 24. It would have been a helluva fight. I would want Mike to put tremendous pressure on him. Cut him off. Get him on the ropes. Wing body shots and the uppercuts. Step to the side and if you got lucky enough, hit him with the right hand or left hook and he would be gone. But see, Muhammad was a great, great fighter. We call him the greatest fighter ever, he took a helluva shot. He never dogged it, he never quit. But the Mike Tyson that I was training – coming off of Cus D’Amato – I just think that that Mike Tyson would have won. Because he punched fast and hard. That’s a difficult combination to deal with. A guy that punches fast and hard, you got a guy that punches hard, well you’re a tough guy all right, well, so what? But when you got a kid that punches hard AND fast. Then all the sudden you’re like, who, who, damn, wait a minute. Right away your hands are gonna go up. You’re gonna be on the move. You’re gonna do this and you’re gonna wanna do that. You’re not gonna stand there and say, hit me again. So Mike had that.”

BoxingInsider: What Tyson fight were you most concerned with going in?

Kevin Rooney: ”None. None. When I had Mike we were in training camp for five weeks. Back then I used to run 3-4 miles with him just to make sure he was doing it. And then we’d go to the gym. And then we’d go to a health club at night. Then we’d go do bed. When he was with me there was no partying. There was no, well I worked hard, I’m gonna go have a few drinks and try to pick up a girl. That never happened. Hey Mike, guess what? We got a title to defend and you gotta be in tip-top shape. So that Mike Tyson, if he didn’t cross channels and went with Don King, he would have gone down as the greatest heavyweight in history. Now people are talking, ah, he’s nothing. But that’s not true.”

BoxingInsider: Is he at his best the greatest fighting machine of the ring you ever saw?

Kevin Rooney: ”Yes. I believe that and I stand by that. He was. Because he was elusive. The best thing about it was these guys couldn’t hit him. When you can’t hit somebody, that becomes very frustrating. In boxing, I’m trying to hit you, you’re moving your head and I can’t hit you. And I’m like, what the ****. That’s what happened in a lot of Mike’s fights. They couldn’t hit him. And I could see then, Mike, this guy’s ready to go, get rid of him. He don’t want to hang around no more. And why? Because I could see the frustration in their face. They throw punches and they can’t hit him. Wait. When I throw these punches against Tom Dick I hit him. I throw ‘em against this guy, I can’t hit him [smiles]. That was Cus’ style. Mike could have been 100-0 and made a billion dollars, if he stayed with me.”

Scoop Malinowski is the author of “Heavyweight Armageddon: The Tyson-Lewis Championship Battle.” His second book is about controversial former ATP #1 tennis player “Marcelo Rios: The Man We Barely Knew” and will be available at www.amazon.com in September 2011.