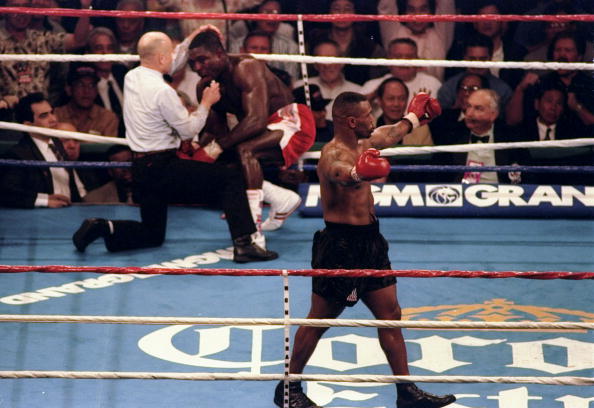 Tyson’s 3rd fight since his comeback was against Frank Bruno, and this time it was a title match. In his fourth attempt Bruno had captured the WBC title from Oliver McCall who on his part took the belt from Lennox Lewis. Tyson and Bruno met once before in Febuary 1989. Then Tyson defended his heavyweight crown when he knocked Bruno out in 5.

This time Frank Bruno was the champion and due to defend his title. But again Bruno could not match with the power of Mike Tyson. It was all over in round 3 when the ref stepped in to save bruno.
They can say he is over the hill, but he will always have dynamite in both hands. They are nuclear-powered. He is a dangerous dude and he always will be- Bruno